Among the Post-Protestants: Part 7, Can You Save People Who Are Already Saved? 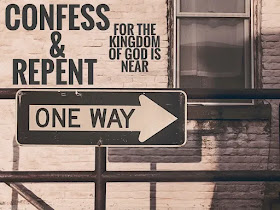 I've taken us on a journey into the post-Christian landscape, following the work of Joseph Bottum, to point out that we aren't as post-Christian as we might think. It may be more accurate to describe the growing ranks of the irreligious, especially on the political left to center-left, as post-Protestant rather than post-Christian.

That is to say, what motivates much of our post-Christian politics today is a highly moralized debate over the social gospel (well, the social gospel minus the gospel), the systemic forces of oppression, injustice and inequality.

And even if you aren't one of the post-Protestants, odds are you're engaged with this vision of sin and salvation through your objections and disagreements. Let's recall, one reason for the rise of evangelicalism was as a response to the liberalism they saw at work in the mainline congregations--the watering down of the Bible, rejection of creedal doctrines, and embrace of the social gospel. Like it or not, the moral vision of mainline Protestantism is sill setting the political table, even if you refuse to eat at it.

Anyway, my interest in this entire line of analysis can now be stated. I want to think about evangelism. This is the question I want to talk about: What does a gospel appeal look like in a post-Christian world?

And in my many years talking about and writing about Jesus in progressive and often post-Christian spaces, I've discovered a curious thing, an observation that made me think Joseph Bottum had put his finger on something in his book The Anxious Age.

The observation was this: It's hard to save people who are already saved.

Which brings us to the conundrum and great obstacle of evangelism in this post-Christian context. Specifically, how do you convert people to Christianity if they are already Christian?

Phrased another way, how do you talk about salvation with people who already see themselves as saved?

Or, how you talk about goodness and righteousness with people who already see themselves as good and righteous?

In many ways, all I'm really pointing out here is a curiosity others have noted about progressive Christianity. It's no great surprise to say that progressive Christians tend to not be very big on sin, judgment and damnation. And the reason for this is quite simple: You are already loved! Everything belongs! Love wins!

In short, you're already saved. You just don't realize it yet. Which means that salvation is only really about self-perception and affirmation. Salvation is now equated with self-esteem. The only outstanding soteriological issue in a post-Christian world is convincing yourself that you are already a good person. That's the point of that beer commercial: You are a good person.

And who needs Jesus if you're already a good person?

It is this, I would argue, that is the great challenge of evangelism in this post-Christian age. And not just evangelism, but the church as well. How can you possibly save people who are already saved?