Thus the fact that there exist people who are indifferent to the loss of their being and the peril of an eternity of wretchedness is against nature. With everything else they are quite different; they fear the most trifling things, foresee and feel them; and the same person who spends so many days and nights in fury and despair at losing some office or at some imaginary affront to their honour is the very one who knows that they are going to lose everything through death but feels neither anxiety nor emotion. It is a monstrous thing to see one and the same heart at once so sensitive to minor things and so strangely insensitive to the greatest. It is an incomprehensible spell... 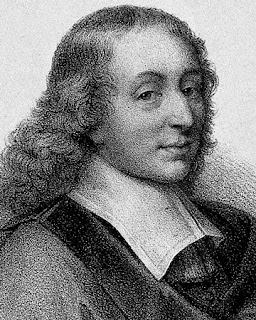 Pensée #427 is another one of Pascal's longer entries. In it he dwells upon the indifference of people toward ultimate things. And this indifference really piques Pascal. His irritation crackles in this entry. You feel him wanting to shout at and shake people.

For Pascal, there is an existential urgency to life. Death is coming. And given that looming fate, Pascal can't understand how people don't take time to ponder its significance and to act accordingly.

What we do instead is live shallow lives. We become emotionally reactive to minor things while ignoring the greatest. For example, I quipped to my students the other day, "Star Wars fans are one step away from becoming suicide bombers."

That might seem to be an extreme statement, but if you know anything about fan culture you know it's not that far from the truth. Fan culture is known for its vitriol, hate, and death threats. Insult a beloved franchise or critique fan culture--from Star Wars to video games--and dark things get exposed.

All of which illustrate Pascal's point, how we've become overly invested in the minor things in life. It's a sign of a pervasive existential sickness.