In Praise of Piety 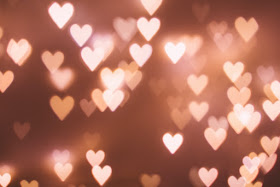 Piety has fallen on hard times. When the world is burning, and when we face so many systemic injustices, we lambast piety. We need real solutions to our problems, not calls for piety!

And yet, I'd like to sing the praise of piety. It's a song with three verses.

First verse. Many of the people we most deeply admire, personally and world-historically, are characterized by a deep and fierce moral commitment to values they hold as sacred. These people have a moral North Star, and they navigate courageously and sacrificially in the storms of life. This moral integrity and fortitude is not accidental or haphazard, but is the fruit of a hard-earned character that has been tested over time.

Second verse. First, do no harm. That's the basic foundation of moral life. Yes, the world is burning and facing big problems, but your most immediate task and contribution is to not contribute any more suffering to the world. Your immediate moral impact upon the world is very close and local. And far too many blow past this most basic moral demand by hurting and damaging others. Those who have their moral lives together do no harm. Would that the world had more of such people.

Third verse. Yes, we're facing huge problems. But if you look at many of those problems they only get solved through individuals taking personal responsibility, especially when no one is looking. From climate change to safety during a pandemic to dealing with systemic racism, the collective needle moves on such problems only when individuals assume responsibility and accountability for doing their small part. We do our micro-parts and, collectively, things start to change at the macro-level. As Gandhi said, become the change you want to see in the world.

In short, I think piety--a fiercely held and courageous moral integrity that does no harm and takes personal responsibility for making the world a better place in light of sacred values and commitments--is one of the greatest things in the world. I wish we all would become more pious.