Among the Post-Protestants: Part 5, Self-Esteem Among the Righteous 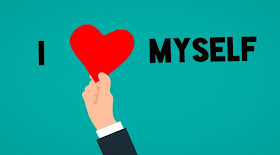 My observation yesterday about how advertisers and marketers are selling us the message that we are good people gets to the heart of what Joseph Bottum thinks is at the heart of post-Protestant America. Our self-conceptions have become highly moralized. Seeing ourselves as "good people" is integral to our self-image and self-esteem.

Some have called the post-Protestants the "elite," as post-Protestant views on social issues are held by the cultural influencers on the West and East coasts. But that fails to capture how widespread post-Protestantism is, and how it cuts across lines of power and privilege. As Bottum observes, post-Protestants "are rewarded not necessarily with wealth and power but...with the certainty of their own redemption." The pay off is in the currency of self-esteem.

This feeling stems from the knowledge that you are on the right side of the battle against the social forces of evil in the world. As Bottum writes:

This is the final remnant of the Christianity of their ancestors, the last enduring bit of their inheritance: a social gospel, without the gospel. For all of them, the sole proof of redemption is the holding of a proper sense of social ills. The only available confidence about their salvation, as something superadded to experience, is the self-esteem that comes with feeling that they oppose the social evils of bigotry and power and the groupthink of the mob.

Going back to Rauschenbush and the social gospel, salvation comes as a form of enlightenment about the social forces of evil populating the world, and then placing oneself in opposition against them. Here is Rauschenbush:

As long as a man sees in our present society only a few inevitable abuses and recognizes no sin and evil deep-seated in the very constitution of the present order, he is still in a state of moral blindness and without conviction of sin...No man can help the people until he is himself free from the spell which the present order has cast over our moral judgment.

A feeling of righteousness is earned, therefore, in coming to see social evils correctly, as a battle between darkness and light. As Bottum summarizes:

Freed from stultifying churches, freed from any theological requirement for faith in Jesus, freed even from the need for any particular action [because holding the proper social views is all that is necessary], they found that salvation demands only the sense that, in personality, one has chosen the right side of the almost Manichean division between the supernatural entities of the coming Kingdom of Heaven and the present Kingdom of Evil.

All that is necessary for self-esteem, for the certainty of individual salvation, is possession of the class markers of social suspicion that indicate one belongs to the fellowship of the redeemed.

This is the key insight that I've been driving us toward, how our views about justice, social problems, and politics are implicated in our self-esteem. Or, as Bottum describes it, how post-Christian and non-Christian progressives feel themselves to be, not elite, but elect, as "people who understand themselves primarily in spiritual terms."

With that insight now on the table, let me pause before turning a corner in this series. If you've been reading along in these posts you likely are wondering where I'm going with all this. And you probably have a bunch of questions, like "What about the Evangelicals?" Evangelicals aren't post-Protestant, what about them?

I'm going to talk about the Evangelicals in the next post and then turn to the point of this series. As a progressive, liberal Christian I live among the post-Protestants. I don't speak to Evangelicals. I swim in post-Christian and post-Protestant waters, among the people who see themselves as holding all the right views on social and political issues, the people who espouse "a social gospel without the gospel." That is the context where I find myself making an apology for things like faith, God, and the church. And what I've discovered in this context is the point Bottum is making above. The issues aren't just about social justice. Self-esteem, self-image, and self-perception are implicated as well. And that needs to be recognized if you want to speak a word for God among the post-Protestants. It's that which I want to talk about.