Only Passing Through: How Christians Live in a Nation 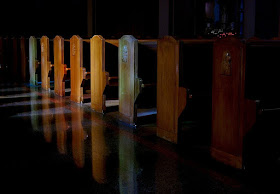 Yesterday, I described how politics and the nation state have warped and twisted the Christian psyche. Politics has become an unhealthy cathexis, a morbid fixation.

One answer comes from "A Letter to Diognetus," a piece of early Christian apologetics from the second century. In the letter, the author describes how Christians relate to the nation states in which they dwell:

Christians are indistinguishable from other men either by nationality, language or customs. They do not inhabit separate cities of their own, or speak a strange dialect, or follow some outlandish way of life. Their teaching is not based upon reveries inspired by the curiosity of men. Unlike some other people, they champion no purely human doctrine. With regard to dress, food and manner of life in general, they follow the customs of whatever city they happen to be living in, whether it is Greek or foreign.

And yet there is something extraordinary about their lives. They live in their own countries as though they were only passing through. They play their full role as citizens, but labor under all the disabilities of aliens. Any country can be their homeland, but for them their homeland, wherever it may be, is a foreign country.

This, it seems to me, is a healthy and proper emotional relationship to the state and politics. As citizens we "play our full role." We pay taxes. We vote. And yet, the nation in which we live is not our homeland, we dwell here as if living in a foreign country. Christians live in their nation as if we are only passing through.
Richard Beck at May 19, 2022
Share