Maps of Meaning with Jordan Peterson: Part 40, The Most Dangerous Lie of All 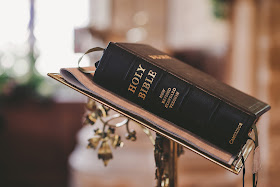 Last week we reflected upon how the post-Christian West turned its back on its founding myth. A crack now exists between belief and values. We're trying to espouse values that we can no longer justify. We are trying to build hope and love upon a nihilistic foundation. According to Peterson, this project isn't sustainable. (I agree.) We're teetering over an existential abyss. Many of us have already fallen into that void. Many more will follow.

It is not the pursuit of empirical truth, however, that has wrecked havoc upon the Christian worldview. It is confusion of empirical fact with moral truth that has proved of great detriment to the latter...

Reject of moral truth allows for rationalization of cowardly, destructive, degenerate self-indulgence. This is one of the most potent attractions of such rejection, and constitutes primary motivation for the lie. The lie, above all else, threatens the individual--and the interpersonal. The lie is predicated upon the presupposition that the tragedy of individuality is unbearable--that human experience itself is evil. The individual lies because he is afraid--and it is not the lies he tells another that present the clearest danger, but the lies he tells himself. The root of social and individual psychopathology, the "denial," the "repression" is the lie. The most dangerous lie of all is devoted to denial of individual responsibility--denial of individual divinity.

Let me unpack this.

To start, the "pursuit of empirical truth," the power of science, isn't the problem. Science, kept in its sandbox, poses no threat to faith. The more science the better.

The problem comes when science becomes a metaphysics. Some have called this "scientism," most call it materialism. As I've described in Hunting Magic Eels, materialism "bleaches" life of value. We come to confuse "empirical fact with moral truth."

When life is bleached of value, when we "reject moral truth," we become existentially, spiritually, psychologically unmoored. We become, to borrow from Scott Peck, people of the lie. We tip into nihilism, and come to hate existence itself. And I've seen this myself. I've heard Christians ask, "Why did God create anything at all?" Life is experienced as a curse. Mostly, though, the lie manifests as indifference, laziness, and apathy. Nothing really matters.

The most dangerous manifestation of the lie, Peterson continues, is the denial of personal responsibility and divinity. The denial that your life and actions have value, existential weight, and moral significance. That denial sits at the heart of psychological and societal pathology.

I both agree and disagree with this last point. I agree that we need to heroically step into the arena of life. Where I disagree with Peterson is that he seems to think we can confront nihilism by sheer act of will. His call, as I've often pointed out, is fundamentally stoical. He calls us to become a Sisyphean Hero, to roll the unbearable rock of experience up the hill. As a Christian, I hold a different metaphysical view. Life is a Herculean struggle, to be sure, but it's not Sisyphean. Value, meaning, and morality are imbedded in the cosmos. They are not acts of the will I project onto a blank, inert, material substrate. I believe this because of the resurrection of Jesus from the dead. I have a different ontology than Jordan Peterson. He and I agree that a lie is at work in the world, and that this lie is rooted in a nihilistic rejection of value, meaning, and moral responsibility. And we both agree that our call in life is to the heroic. Where we disagree is ontology, which affects our view of the heroic. Peterson believes in the force of the individual will to face an unbearable existence. I, however, believe in Jesus Christ.