The Resistance Movement of Tom Bombadil 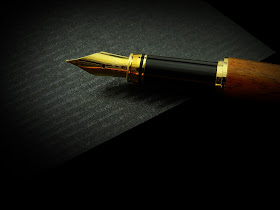 In 2020, during my year long Friday series blogging though The Lords of the Rings, I wrote one of the most outrageously controversial posts I have ever written!!!! In Week 7 of that series I wrote a post entitled "The Uselessness of Tom Bombadil."

How dare I criticize such a beloved character!

Truth be told, I love Tom as much as everyone else. The post I wrote was just to surprise and get some thinking going. Fan service and nostalgia don't promote deep reflection. So I shared in that post a criticism Fleming Rutledge leveled against Tom Bombadil, a contrast she made with Rivendell, what she called "the uselessness of Tom Bombadil."

Specifically, while Tom is endearing, enchanting and delightful, he doesn't participate in the resistance movement. And as Gandalf makes clear, Tom would have succumbed in the end to Sauron, leaving all of Middle Earth under the Shadow. By contrast, the resistance of Rivendell saves the world. So, whose example should we follow? Bombadil or Rivendell?

That is Rutledge's point: Our time with Tom is delightful, but he doesn't help save the world.

I've been re-reading The Lord of the Rings and returned once again, with nostalgic delight, to the House of Tom Bombadil. Like many of you, it's one of my favorite places to visit in all of fiction. And as I read again about how the Ring had no power over Tom, nor posed a temptation for him, I started reflecting a bit on how Tom does embody a type of resistance to Sauron.

For example, consider the Wikipedia entry sharing the ideas of Tolkien scholar Verlyn Flieger, who argues that in The Lord of the Rings Tom Bombadil functions as Sauron's opposite. Where Sauron wants to dominate the entire world, Tom nurtures a particular place. Note the contrasts of both scope and motivation. Sauron's motivation is power and domination. Tom's motivation is to steward, nurture, and care. Sauron's ambitions are global, where Tom embodies fidelity to a particular place. And finally, where the Ring tempts everyone in Middle Earth--from Gandalf to Aragorn to Frodo to Galadriel--only Tom Bombadil seems devoid of any lust for power. The Ring holds absolutely no allure for him. In this, Tom is the exact opposite of Sauron.

And here, I think, is where Tom Bombadil embodies resistance. To be sure, the politics of Rivendell tend toward what we might call "social justice." And that political impulse in the face of the Shadow is holy, righteous and good. As should be clear, we need Rivendell.

Tom Bombadil, however, embodies what we might describe as "Augustinian resistance." Specifically, Tom embodies the resistance of desire. Tom Bombadil is pure of heart. Tom doesn't desire what Sauron desires, and what everyone in Middle Earth is also tempted by. Tom Bombadil embodies a resistance of the heart. In the words of James Smith, "You are what you love." Tom doesn't love as Sauron loves, nor what everyone else in Middle Earth, to some degree, also loves. As the Augustinian tradition would say, Tom's loves are "rightly ordered."

In short, we need both Rivendell and Tom Bombadil. Without the political engagement of Rivendell the Shadow would have won. But without the witness of Bombadil, Rivendell will be tempted by its own lust for power. (And if not Rivendell, then Gondor. The kings of men once fell under the sway of the Shadow and we can assume that the future kings of Gondor would be similarly vulnerable.) We need political action in the face of the Shadow, but the fight against the Shadow is often in the heart. We need both types of resistance.

As Friedrich Nietzsche famously declared, “Beware that, when fighting monsters, you yourself do not become a monster...for when you gaze long into the abyss. The abyss gazes also into you.”